Did Jesus go to Hell?

This is a legit question and one that followers of Christ, based on the writings of Peter and the testimony of the Apostles’ Creed, have been asking for centuries. Did Jesus descend into hell? Was this descent between His death and resurrection? What did he accomplish in this time?

The answer to this question is not entirely straightforward but a survey of church history and the application of Biblical hermeneutics related to any texts in question will be helpful. Based upon the declaration from 1 Peter 3 the Synod of Sirmium introduced the phrase “He descended into hell” into the Apostles’ Creed in 359 AD. The creed, in some form had been in existence for nearly three centuries and in finished form for more than a hundred and sixty years before the introduction of this verbiage. Even with the insertion of this phrase it was understood that the word hell is not here speaking of the eternal place of the damned, but rather is attesting to the realm of the dead. Therefore, “He descended into hell,” at least in the first few centuries, was a simple affirmation of the reality that Christ did indeed suffer the torment and agony of an actual death through crucifixion. 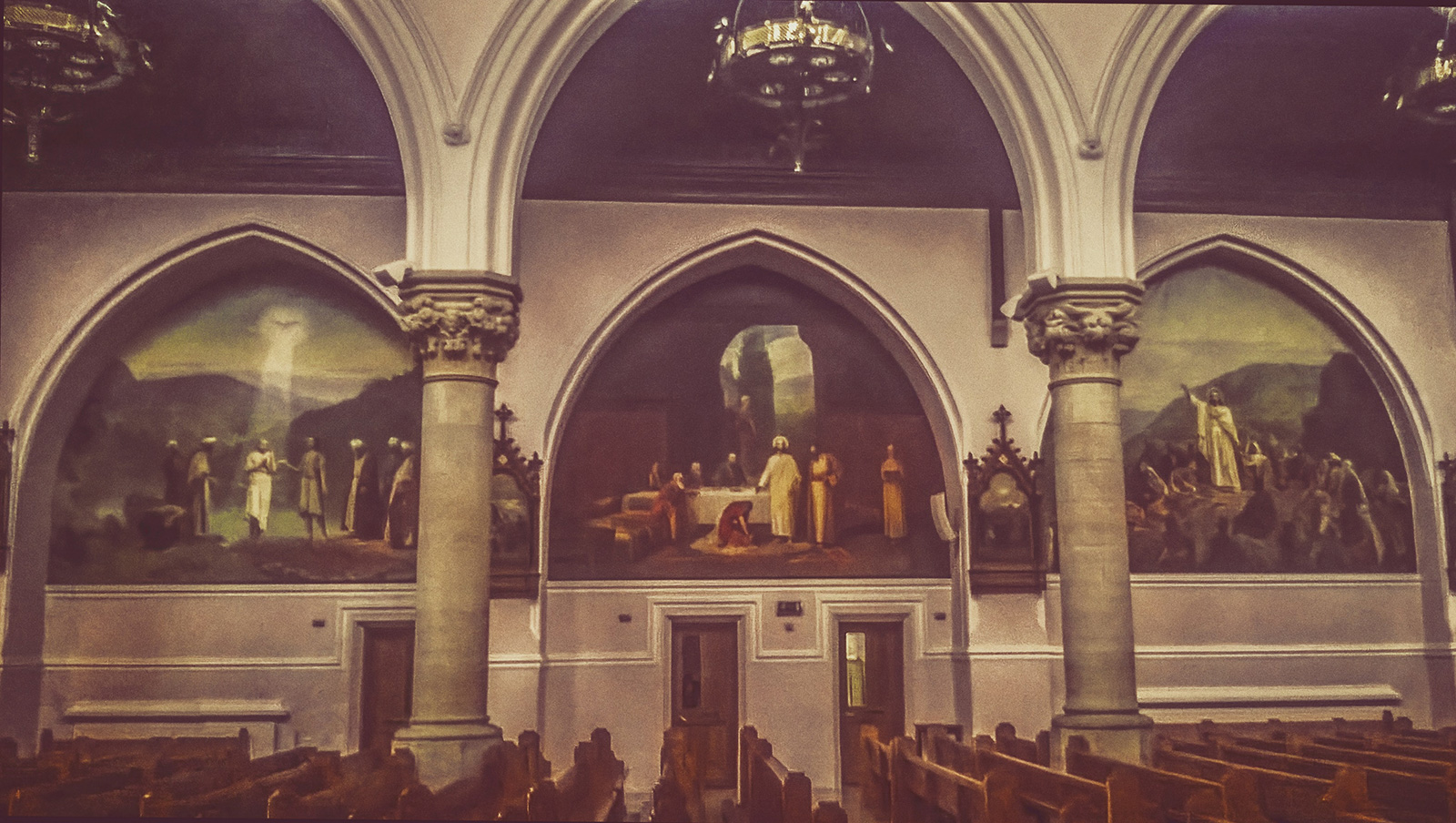 As the centuries passed and the revised creed became more common, ideas emerged around the meaning of this phrase. From 1 Peter 3 and Ephesians 4, which both speak of a descent into the earth or the realm of the dead, conclusions were drawn. I will not bore you with an explanation surrounding each of these, but some interpretations were that Jesus suffered God’s wrath post-cross in torment, that Jesus liberated the patriarchs and Old Testament saints, or that Christ heralded a Divine “smack-talk” of his victory to the demons in chains. I do not affirm any of these statements and further hope that any declaration of Christ’s post-death activities drawn from these texts will be held to with charity and open-handedness. In this spirit of love and deference I would believe that the statement of the Apostles’ Creed is a simple proclamation of the physical death of Jesus, but we have chosen to remove it from our reading of the creed since it (a) was not in the oldest texts, (b) is confusing for many, and (c) has already been explained in the phrase “was crucified under Pontius Pilate.” As for 1 Peter 3, I believe this text is stating that Christ, through the voice of Noah, went and preached to that generation, whose spirits are now “in prison.” Peter does not claim that Jesus testified to these spirits while they were in prison, but rather that He preached to them during the days of Noah and now they are in prison. This seems to be the best interpretation from the context of the passage and aligns with Jesus’ statement to the thief on the cross that “today you will be with me in Paradise.”

I hope this helps to clear up any confusion and, even more so, I pray it reminds us that our King did in fact suffer and die, descending to the grave, to bring sons and daughters from death to life everlasting.

The best way to get plugged in, Home Groups meet throughout the week in various local areas.